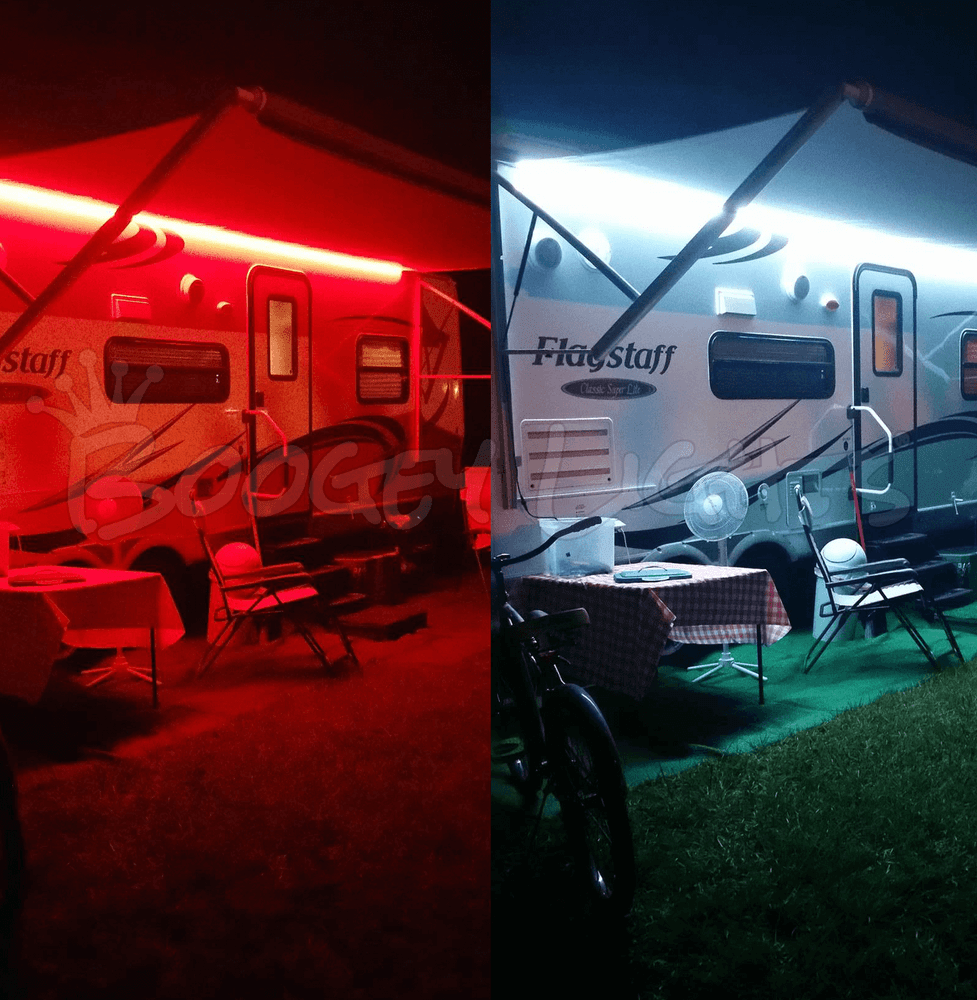 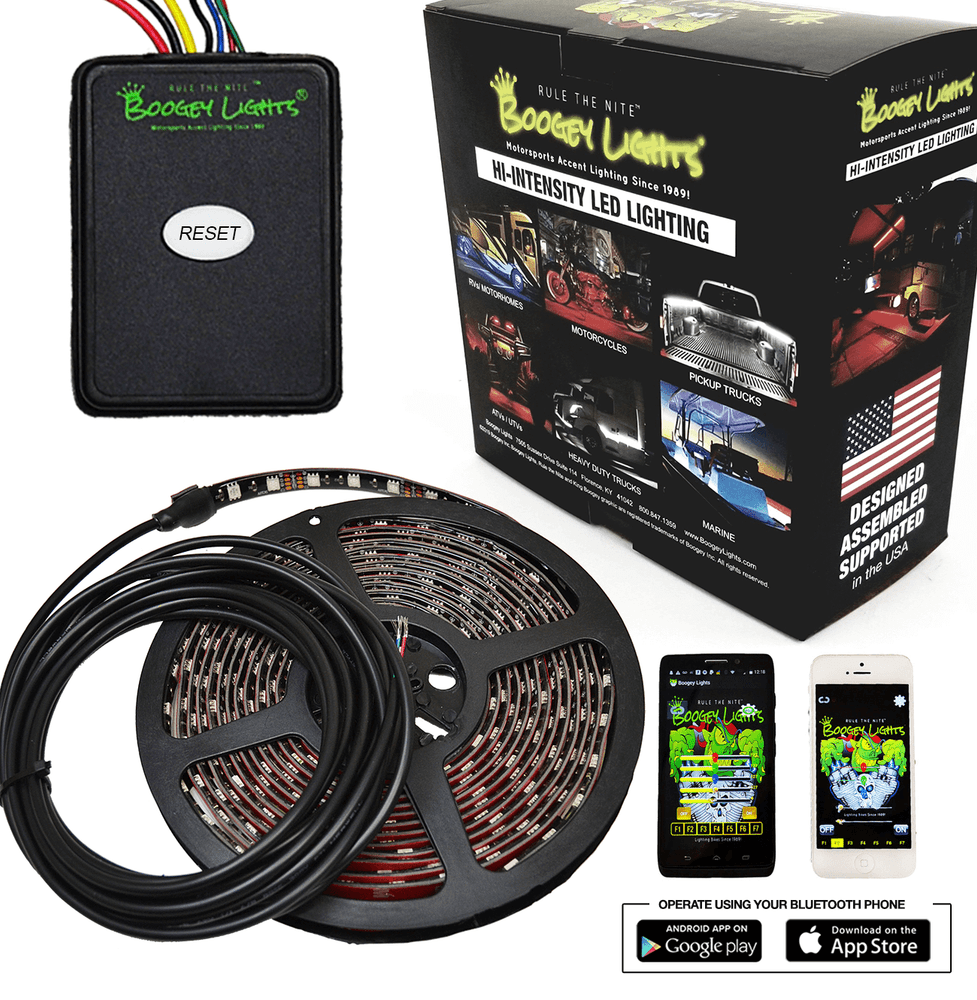 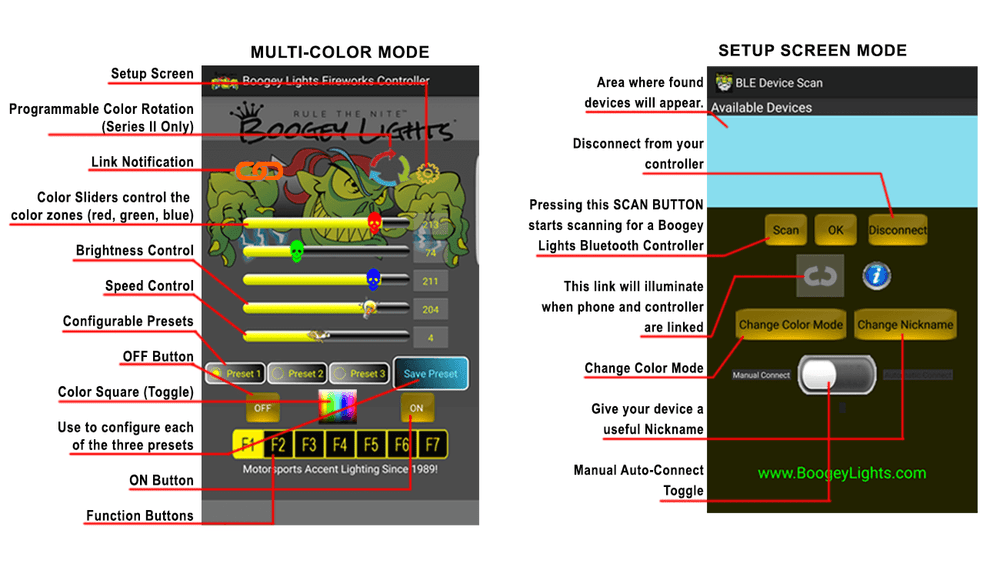 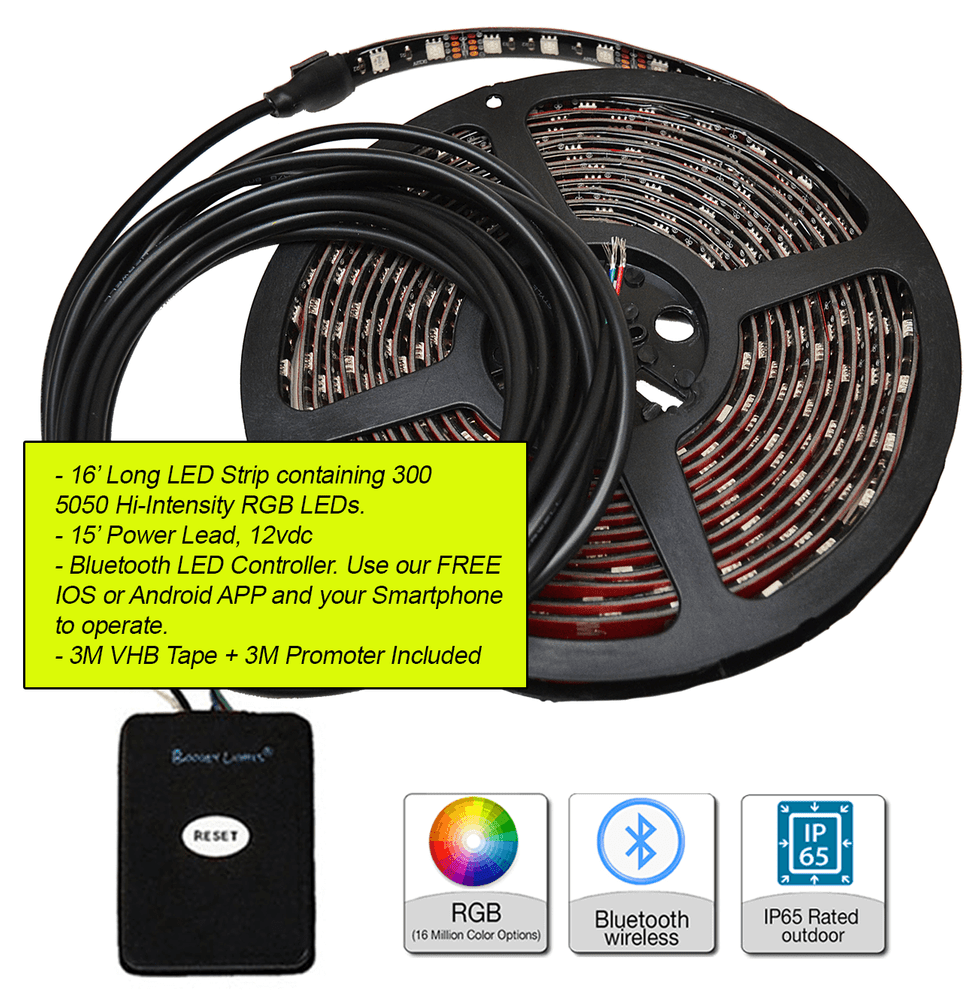 The Boogey Lights ECONO-LINE of LED lighting is ideal for the budget conscious consumer. Without sacrificing quality the Boogey Lights brand is known for, our Econo Line series offers a high quality LED light with the basic operating functionality most consumers are looking for - at a lower price.

This Boogey Lights LED Awning light kit is designed to attach to the side of an RV, trailer or camper just underneath the awning. This Boogey Lights Awning light is 16 feet long and can be cut every three LEDs as needed to fit your application. The Awning light strip contains 300, RGB 5050 LEDs mounted on your choice of either BLACK PCB or WHITE PCB. On full power this LED strip provides an incredible amount of light in up to 16 million possible color combinations you control with the included BLUETOOTH wireless controller. A Bluetooth enabled smartphone is required (not included) to operate along with our FREE IOS/Android APP. In addition, there are a number of lighting effects you control. These lighting effects include dimming, strobing, fading, breathing and blending. The controller and LED strip operate on 12vdc power. We offer an optional 120vac to 12vdc adapter if needed. Installation supplies include 3M adhesion primer. All Boogey Lights products are designed, assembled and supported in the USA. 1 year original owner warranty.

The Bluetooth controller included with this kit has our original Bluetooth firmware. It does not offer the color rotation programming capability included in the SERIES 2. The Original Firmware version however is still a very capable Bluetooth LED Controller. You can for example control your LED lights using your smartphone to select from up to 16 million color combinations, flashing, strobing, breathing, color changing, dimming and on/off. There are three preset options too which allow you to save your favorite light settings. The Original Bluetooth Firmware is a great option for the budget conscious shopper.

Note:  Our Econo Line products are not eligible for discount promotions.

VIDEO: How to Install a Boogey Lights Awning Light Kit

Did we mention that using the 3M® Adhesion Promoter included in this kit is an important step in the installation process you should not skip?