Make Your Pete's Breather 'Glow' with our 144 LED Light Kit!

Light up your breather with our super-bright LED light kit built for the 379 or 389 air cleaner (13" or 15"). Each breather has 72, super-bright LEDs which are hidden inside the intake. It gives the illusion that the breather is glowing (see photos). Available in single color (white, red, green, blue, amber, orange) as well as multi-color RGB which allows you to change the colors. This kit can also be combined with our GRILL LIGHT KIT and our UNDER-GLOW LIGHT KITs for the 379/389 too. 12vdc.

Single colors are going to be brighter than RGB (multi-color) LEDs. The reason is that in an RGB LED there are three diodes: red, green and blue. The LED controller mixes those three colors to create other colors. For example, equal amounts of red + green + blue = white. In a single color LED, all three diodes are the same color. So in a single color white LED, there are three white LEDs which is much brighter than an RGB led mixed to show white. If you're for the absolute brightest color for your truck, go with single color. If however you want to be able to change the colors from time to time, go with RGB. Just be aware that the RGB version of isn't as bright as the single color version.

RGB / Multi-Color: For RGB led lighting an LED Controller is needed to operate the lights. The controller is what operates the lights and mixes the colors. In addition to providing a wireless on/off capability, the LED controllers offered allow you to control your lights with your Bluetooth 4.0 enabled smart phone and our free smart phone APP (Android and IOS) OR the included RF wireless remote. With the included RF remote you can change between 7 colors and functions of on/off, blending, strobbing, breathing, flashing, fading and dimming. You can also use your Bluetooth enabled smart phone to create that custom look with over 16 million different color combinations plus three pre-sets.

NOTE ON UV/PURPLE SINGLE COLOR LEDS:  True purple LED's are actually ultra-violet (UV).  They produce a soft, pleasant purple glow particularly when used on or near shiney reflective surfaces (e.g. chrome motorcycle engines).  The color however is not a real bright effect like you'll get with any of the other LED single colors.  If you want a subtle, purple glow that looks great, then the UV/LED's may well be for you.  If however you want the brightest lights possible, you will not be happy with UV/Purple. The alternative to UV/Purple is MAGENTA (some call it a 'hot purple') which looks similar but has a brighter, pinkish tint. Magenta is available by mixing 100% RED + 100% BLUE which is what our single color Magenta is. You can also mix magenta using our RGB LEDs and an LED controller.
Includes
This kit includes enough LED light strips to light up TWO air cleaners in the configuration you select. 72 LEDs per air cleaner.
Multi-Color/RGB: If you're purchasing RGB LEDs, the LED controller is included for the stand alone kit. It includes your choice of wireless RF remotes. See configuration details in the product description.
Single-Color: If you're purchasing single color LEDs, you have the option of ordering with or without a switch. See configuration details in the product description.
One Year Original Owner Limited  Warranty details.
Quick-Disconnect Connectors (2) with wiring components
Power Lead Extension Wire
3M Adhesion Promoter
Installation Manual
Wiring Diagram, LED Controller Wiring Diagram & Manual (if purchased)
Return Policy Exception Notice. This kit subject to a 35% restocking fee due to the amount of time associated with producing this kit, shipping costs and the custom nature. See return policy for complete details.

Installation takes about an hour per breather. You can download the Installation Manual directly from our website to get an idea of what's involved. Here are the basic steps. 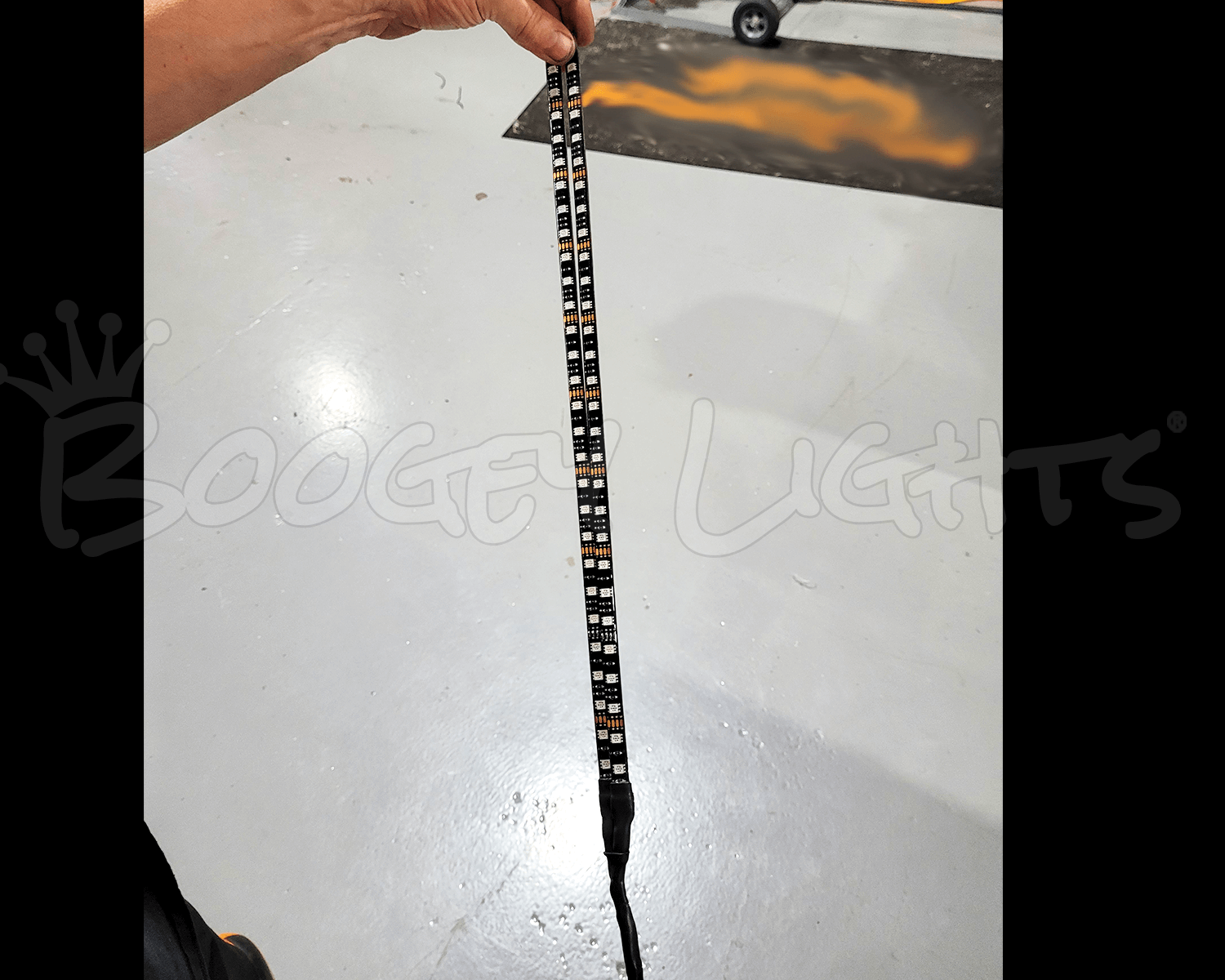 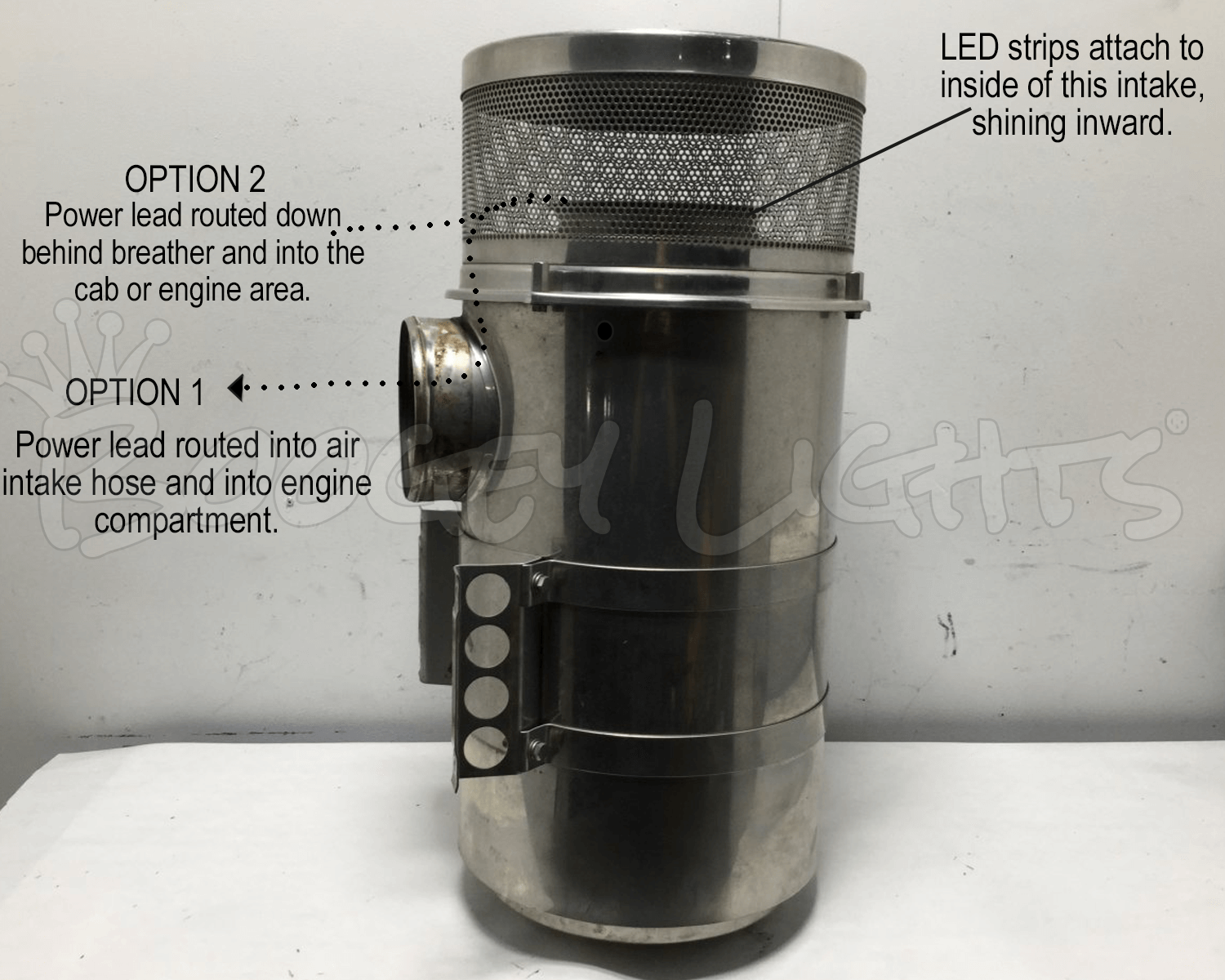 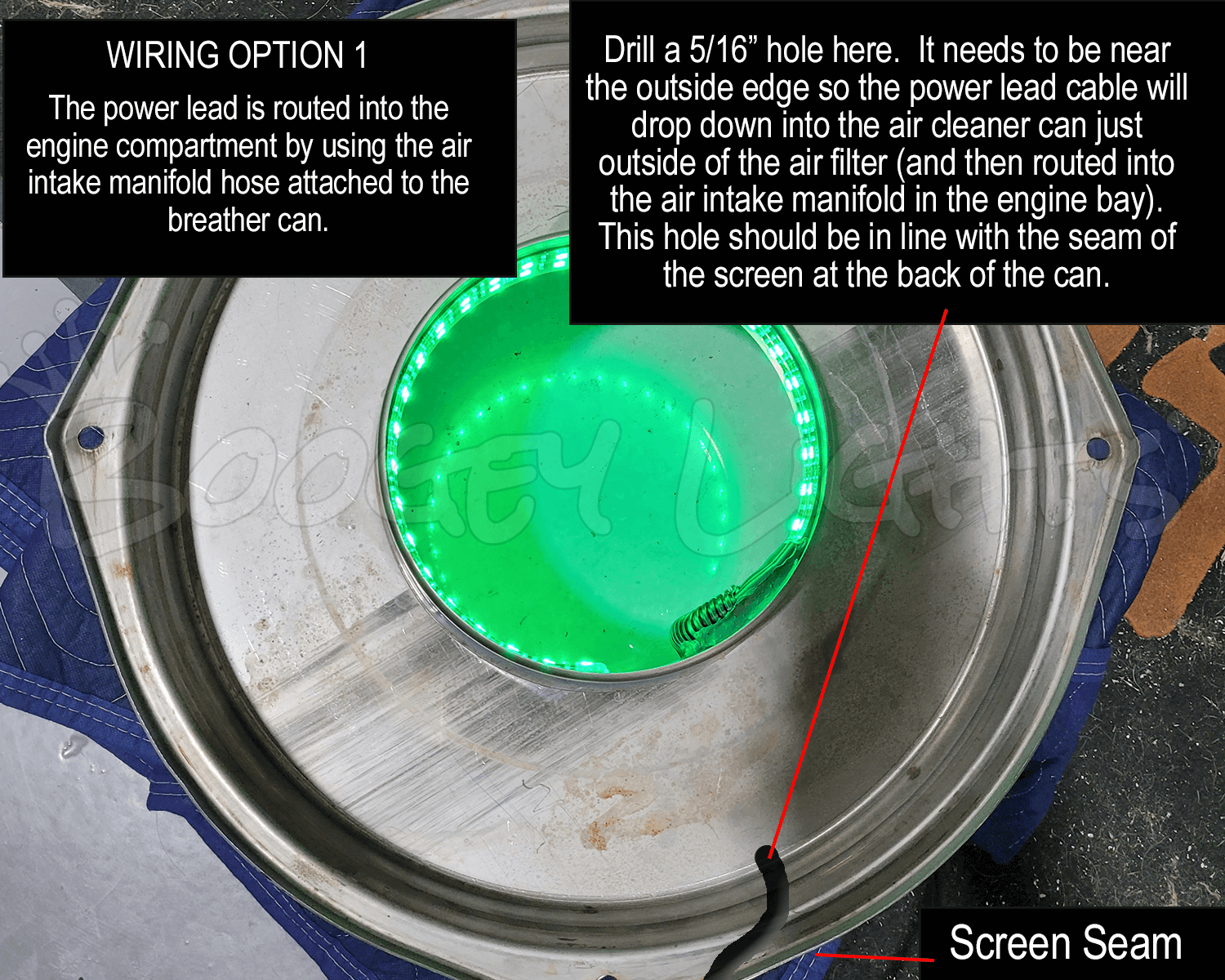 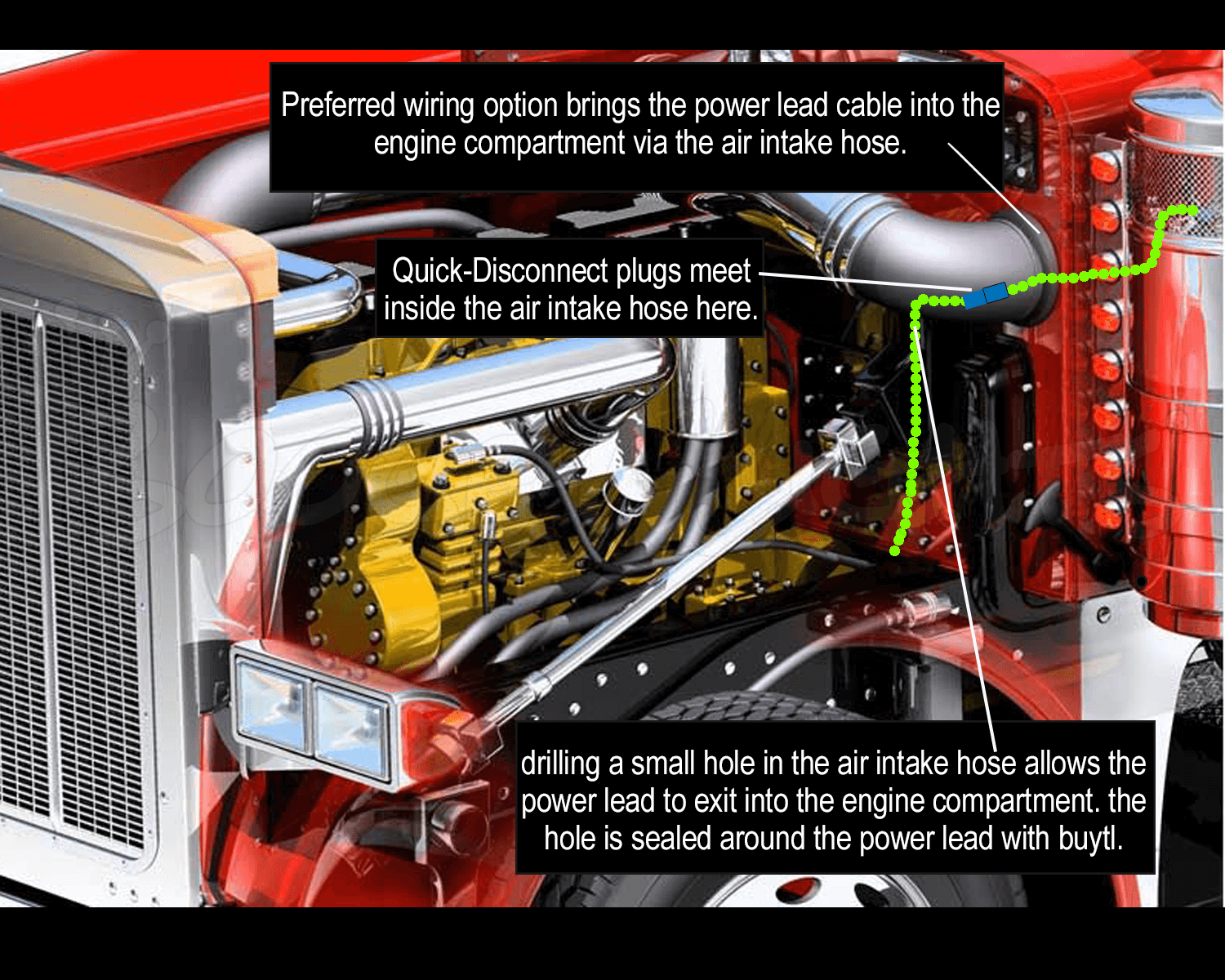 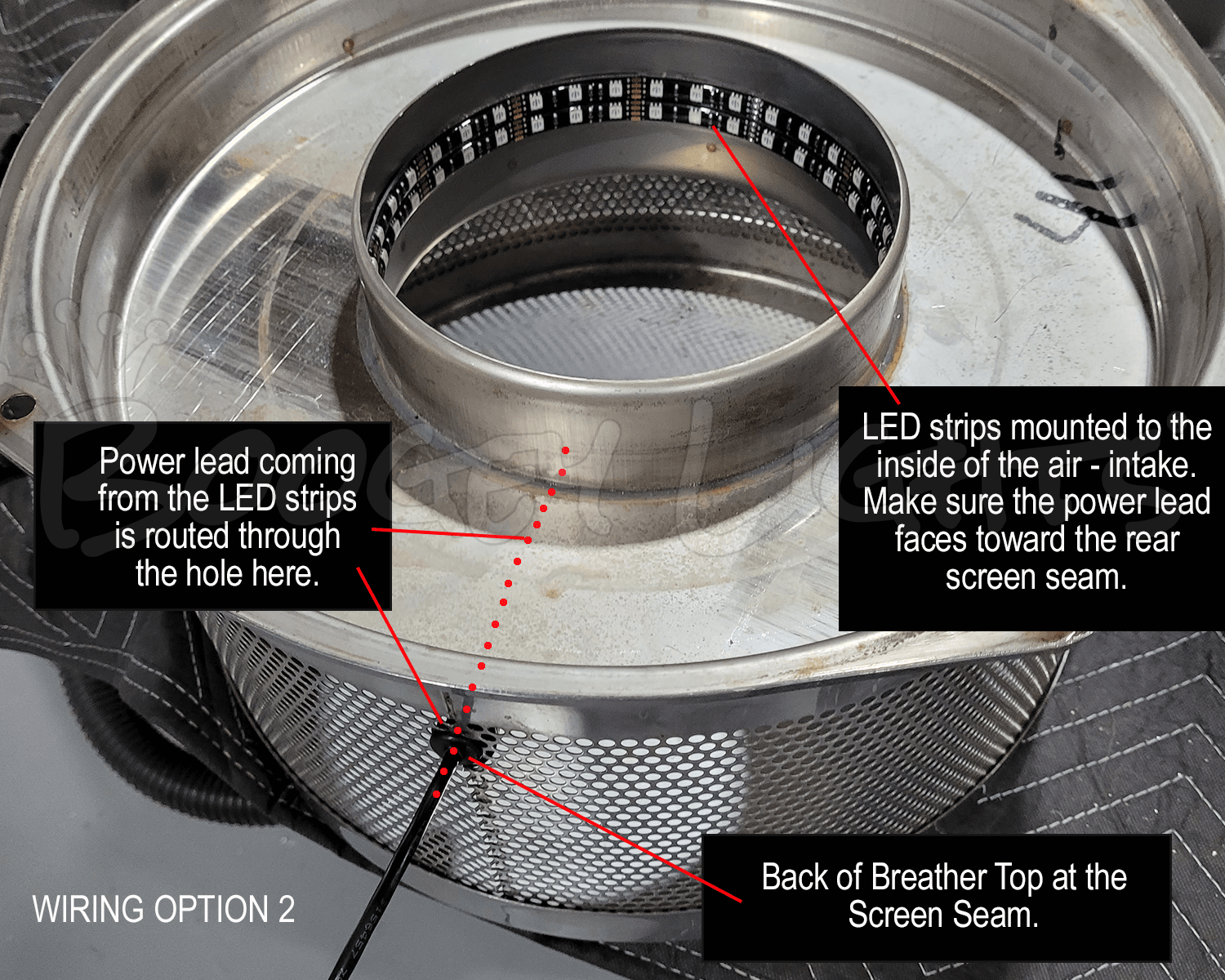 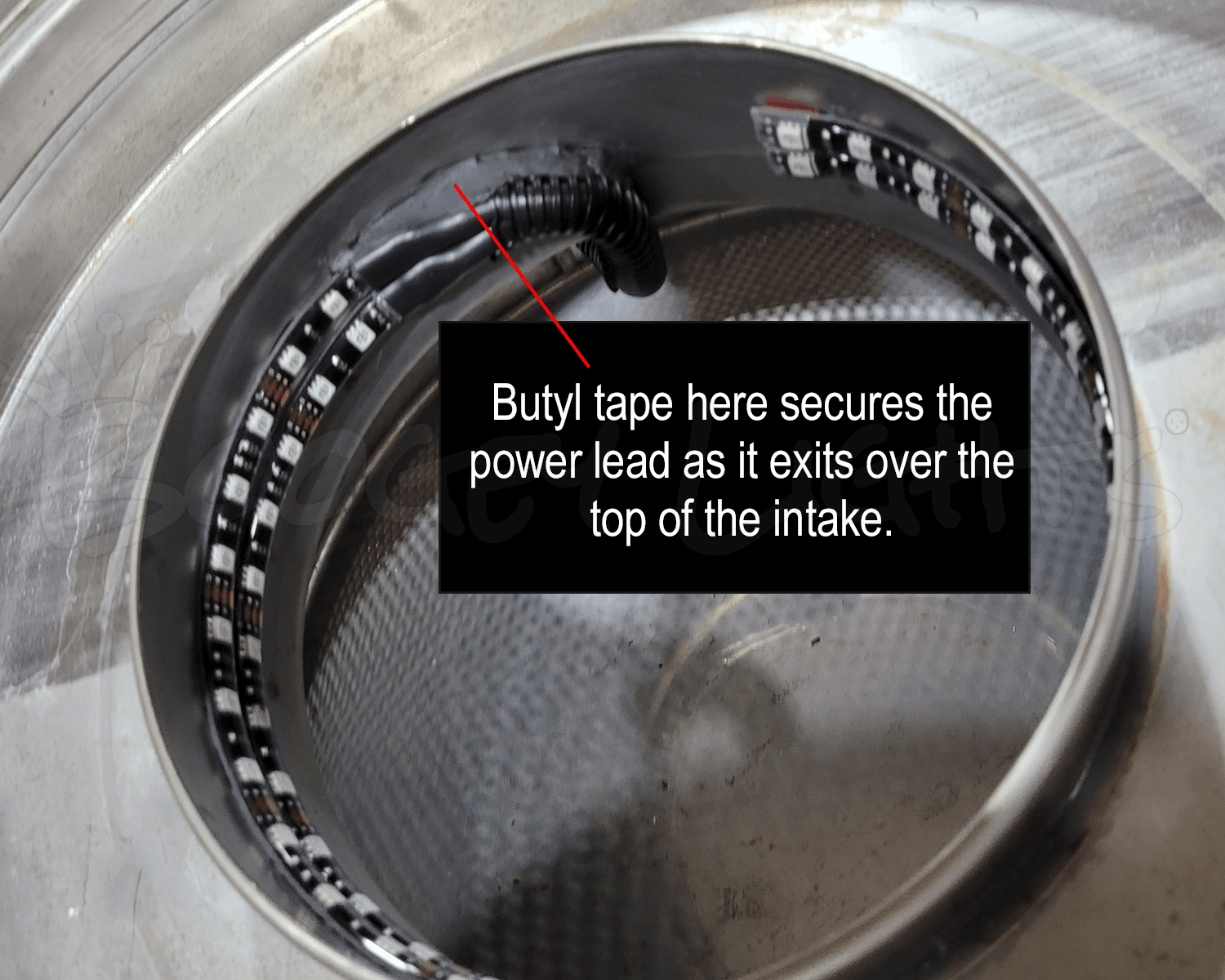 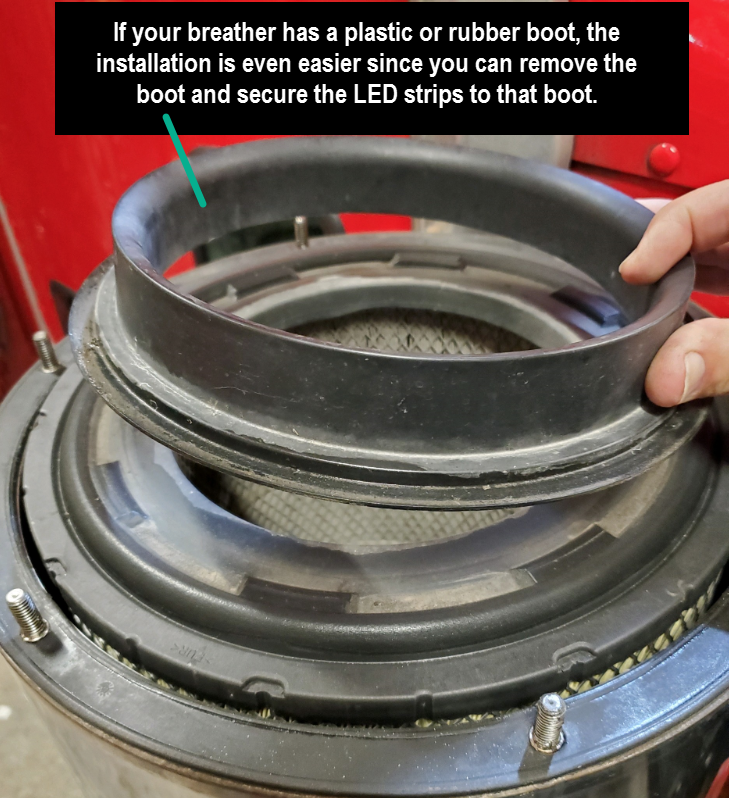 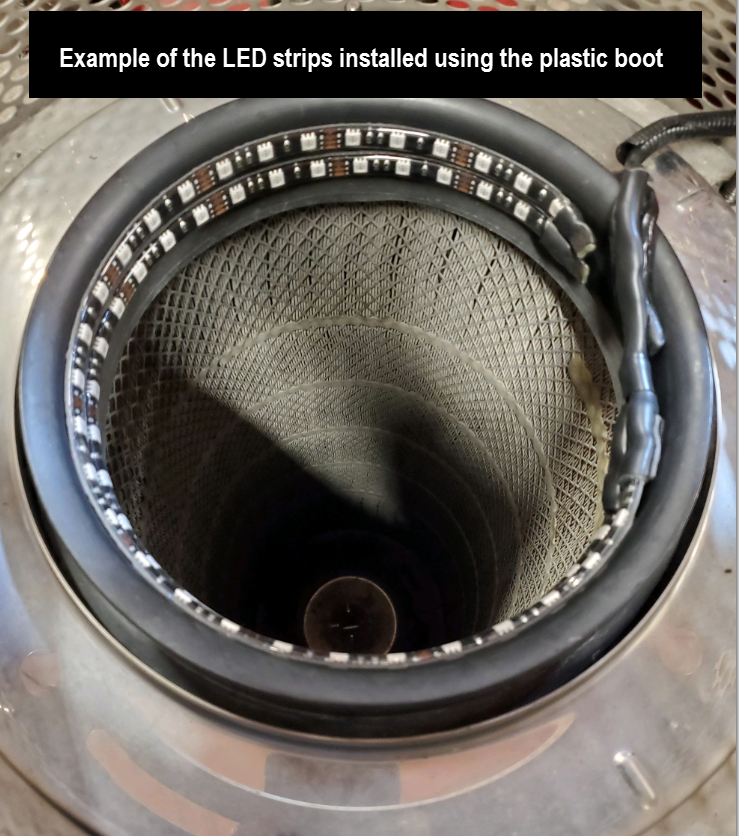 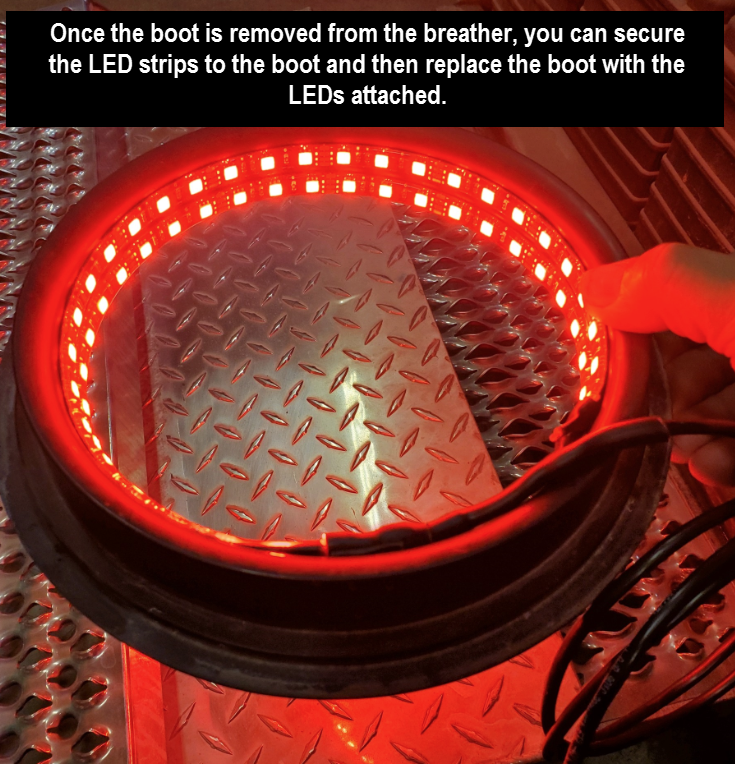