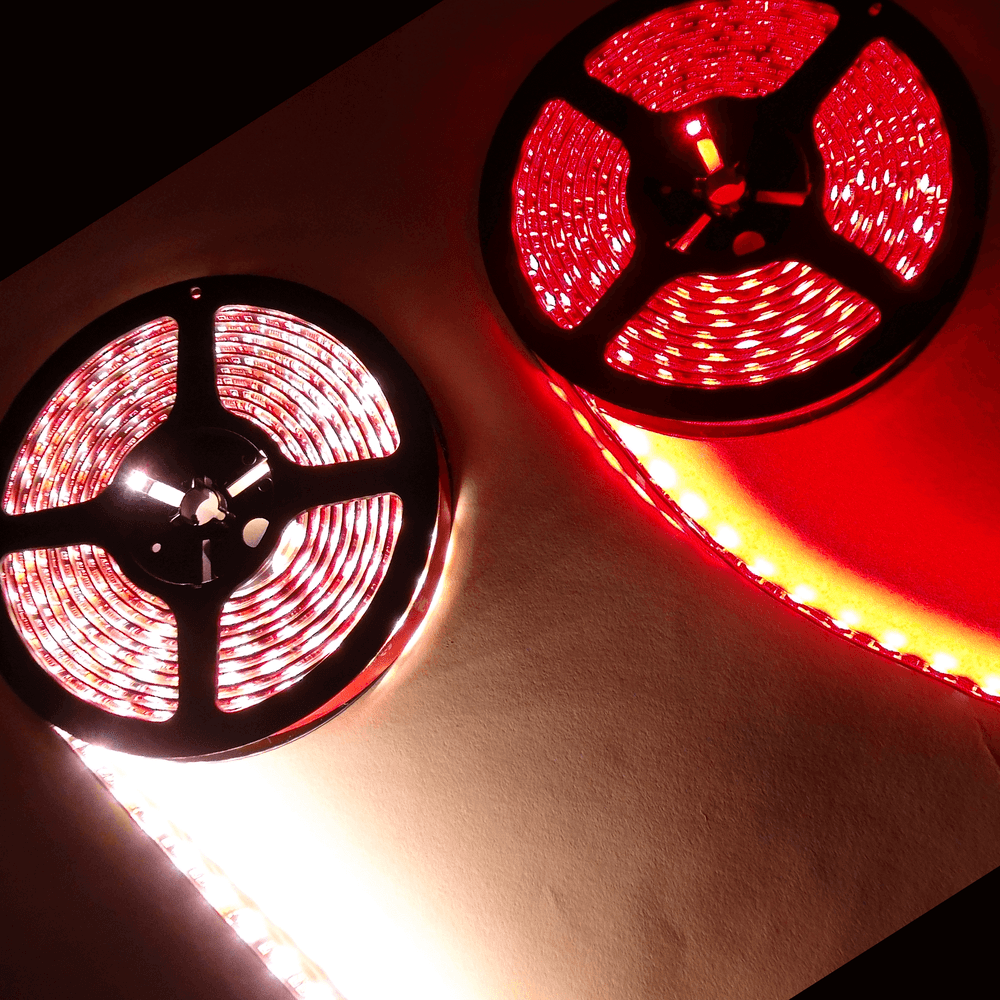 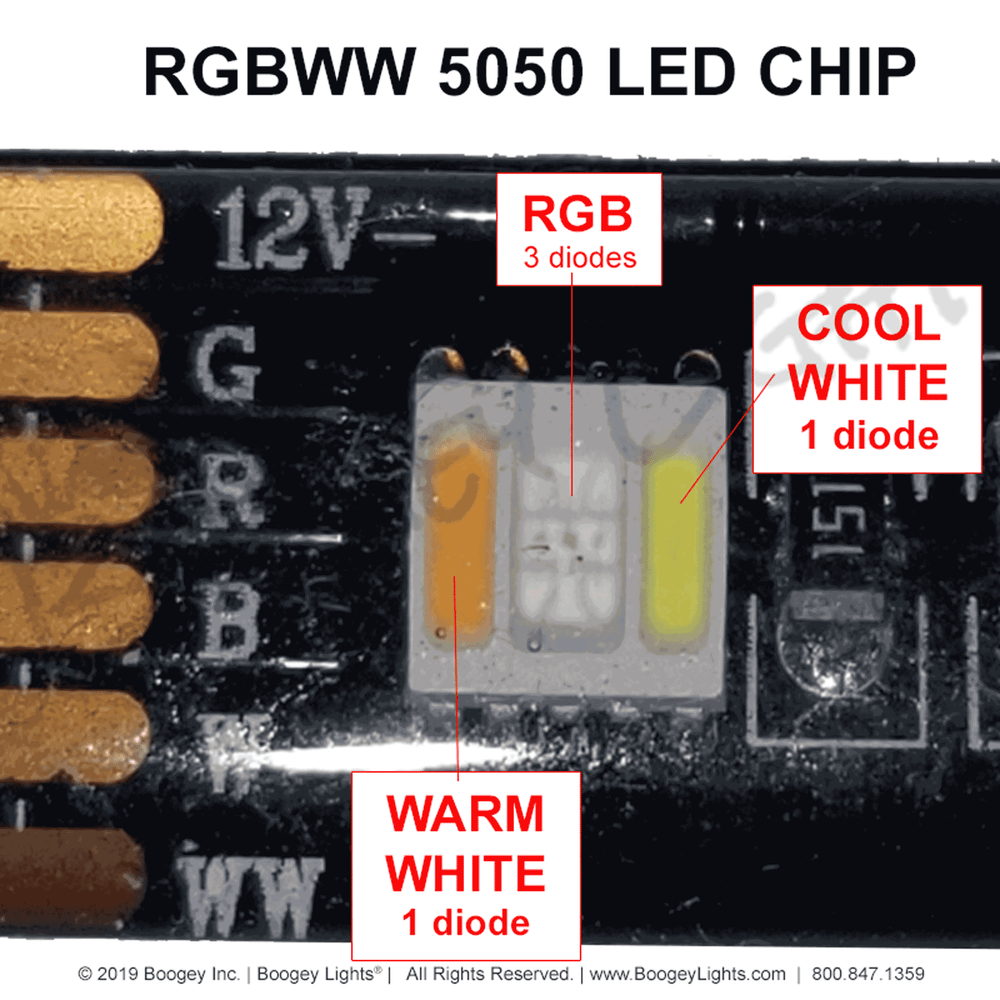 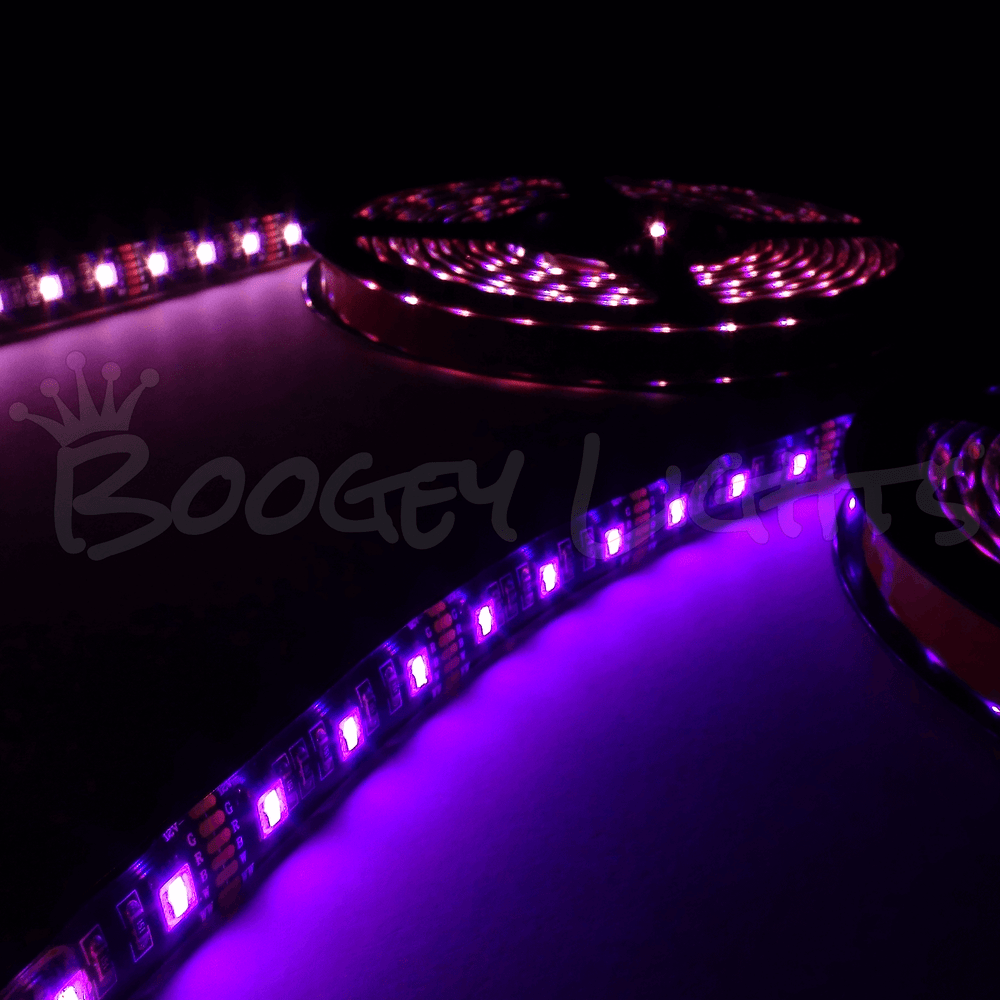 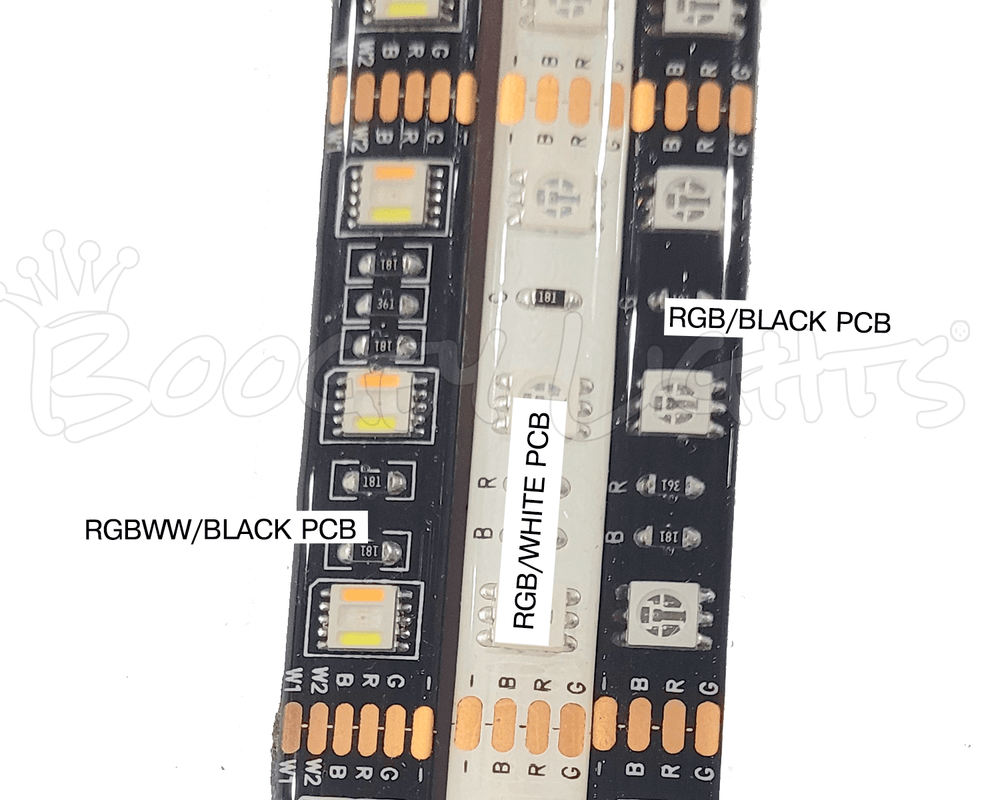 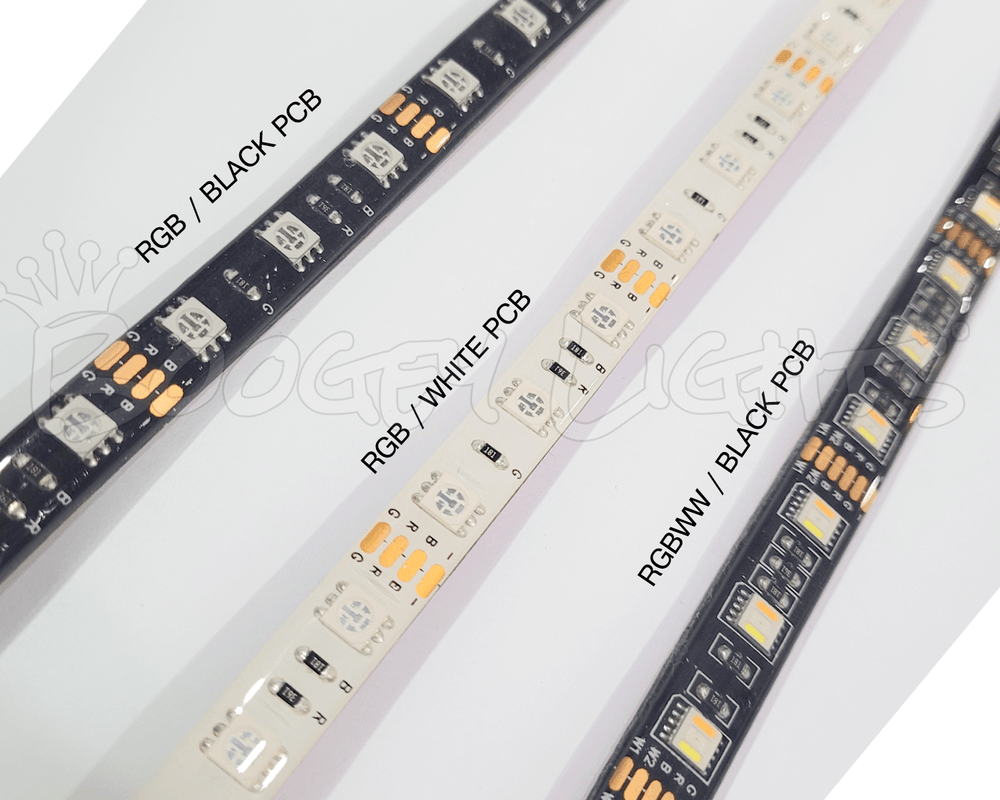 RGB vs RGBWW | Understanding LED Color Temperature
NOTE: This is an RGBWW ADD-ON LED strip. It is intended to be used with Boogey Lights® RGBWW lighting kits (EG. RV Under-Glow or Awning Kit) in situations where you want to add more lights than what the base kit includes. These ADD-ON LED strips will NOT work without an RGBWW LED controller. They require the RGBWW LED controller included with the base RGBWW lighting kit. Note too that RGBWW and RGB LED strips cannot be mixed together.
RGBWW LEDs are designed to give the user the best of both RGB multi-color and a spectrum of white with the WW diodes on one single LED light strip. While the LED controller will allow you to turn on both the RGB and WW diodes together, the strip is not designed for both RGB and WW to be used together for prolonged use. When operating your RGBWW LEDs, we do not suggest turning both the RGB and WW leds on at the same time particularly on the brightest white setting possible. The reason is that with all 5 diodes lit on the brightest setting, the heat generated from the LED chips will burn the epoxy poly-urethane coating on the strip from the inside out giving the coating a yellow appearance which will in turn, give the LED colors a permanent yellowish tint which cannot be reversed.

NOTE: All Boogey Lights® LED strips are COMMON CATHODE LEDS. They share a common ground and will only work with positively switched controllers. Most LED strips on the market today are COMMON ANODE because the controller technology used to power them is less expensive to manufacture. However they're not nearly as bright and are an overall inferior design when compared with COMMON CATHODE LEDs.

IMPORTANT WARRANTY INFORMATION
Boogey Lights Low Profile Hi-Intensity Surface Mounted LED light strips are used in a number of Boogey Lights products for a variety of vehicle applications (including this product). Where and how these light strips are installed make all the difference in their durability and thus, our warranty. For this reason the duration of the Boogey Lights Low Profile Hi-Intensity LED Light Strips original owner warranty varies based on the vehicle application, use and installation types.


Note on Commercial Applications: These low-profile surface mounted LED strips are not built to withstand significant flexing or lateral movement of the surface the strip is mounted to. Some examples include on semi-truck trailers as well as tow trucks where there is significant movement, bending or flexing of the surface to which the strip is mounted. Also, the strip can not mounted in such a way as they span multiple mounting surfaces. Mounting them this way will virtually guarantee the strip will fail sooner rather than later. These strips must be mounted to one single continuous smooth, clean, flat surface and in an area that is protected from corrosive chemicals. Commercial vehicles that frequently travel roads treated with corrosive chemicals often used for melting snow and ice can impact the durability of these LED strips if the strips are mounted in an area that is exposed to these chemicals. Hi-Intensity Strips that fail in these operating environments ARE NOT COVERED UNDER WARRANTY. For these types of operating environments we strongly recommend (and warranty) our HEAVY DUTY LED strips.